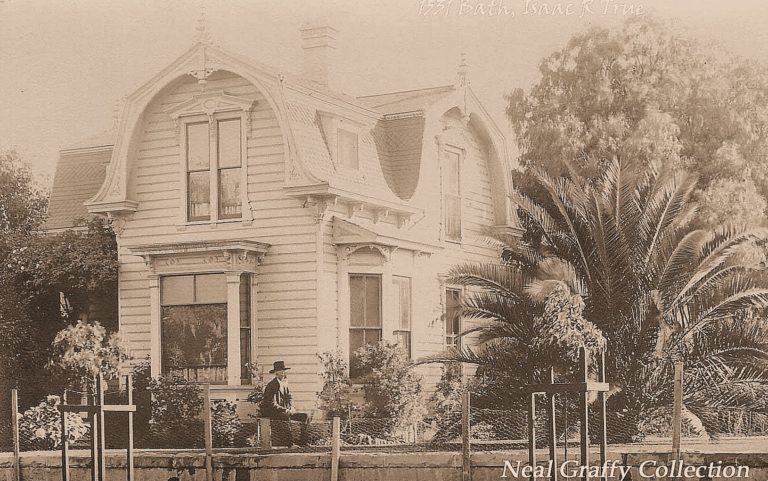 Address: 309 West Arrellaga Street
Status: Not on the market

It’s no surprise that the home that stands at 309 West Arrellaga Street is on the City of Santa Barbara’s Designated Structures of Merit list. The way this house appears today looks identical to the circa 1910 photo that local historian Neal Graffy obtained from one of the home’s former owners.

The photo of this residence, along with the stories of the families that have inhabited it, echo a time-honored tenet: When tracing a home’s history, it’s helpful to follow the people trail as well as the paper trail.

This is one of the few Second Empire–style homes in Santa Barbara, a style that peaked in the 1870s when it was called French style. The Second Empire was named for Napoleon III’s reign from 1852 to 1870.

The mansard roof is one of the defining features of this style named for François Mansart, a French architect in the 1600s. Mansart took a gable roof, put a crease in it, and bumped it out to create more room in the attic and a vertical surface for windows. 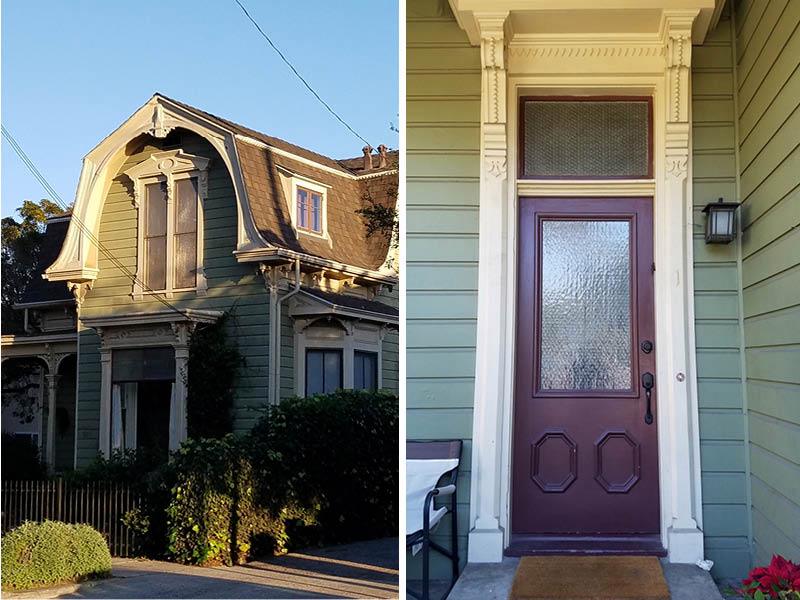 According to articles in the Santa Barbara Daily Press, this home is one of several on this block built by realtor/surveyor James L. Barker in 1875. While Barker was one of the movers and shakers in the growing city of Santa Barbara, he did not live in this home; he lived in an area that now bears his name: Barker Pass.

In 1875, West Arrellaga Street was considered off the beaten path. Homes in this area were described as “a short distance out of town.”

In November 1875, a writer describing the neighborhood wrote, “The lots command a fine view of the bay and mountains. They are bordered with a row of bearing olive trees, and have also other fruit trees.”

Focusing on this home and a similar one on the corner of Bath and Micheltorena Streets, the same writer commented, “The corner houses have a French curb roof, and are larger and of more solid architecture than those on the middle lots. … The parlors have bay windows and marble mantels. There is provision for a grate or stove in almost every room. The inside finish is all excellent, and that of some rooms of a very superior style.”

The article continues, “The house on the upper corner, which in its arrangement and design takes the lead, has seven rooms, the parlor and dining room being connected by sliding doors.… Besides the good taste shown in the design of the buildings, they appear to be built upon honor.”

An 1892 Sanborn Fire Insurance map of the area shows a stable behind the house. However, in 1887, the streetcar tracks ran along Bath Street past the home. This was the same year that the first train from Los Angeles reached Santa Barbara, and State Street was paved for the first time. 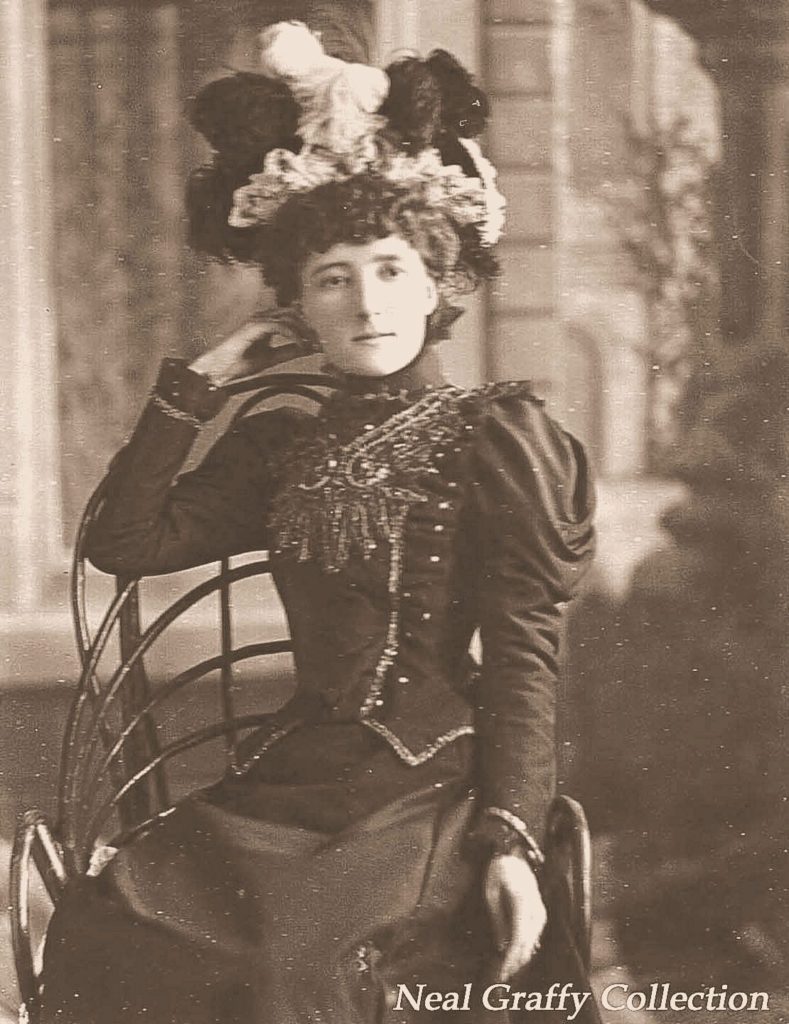 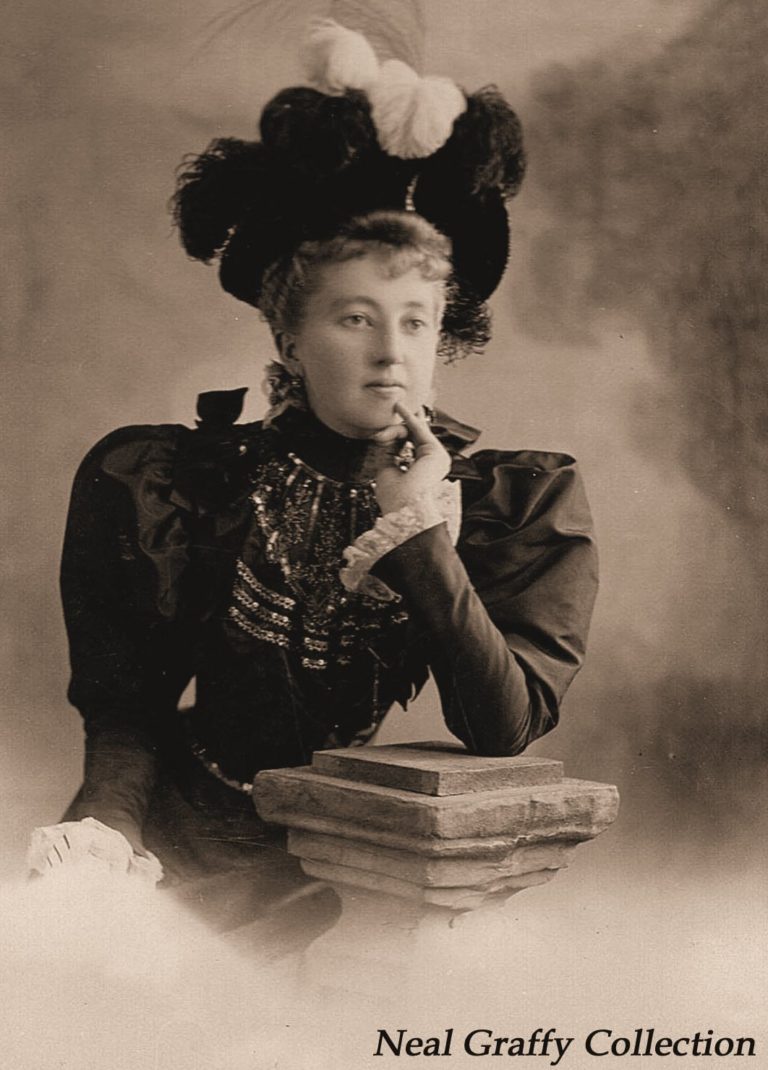 The Isaac R. True family, the longest residents of the home, began renting the house about 1900 and obviously treasured it, because they bought it in 1902 — for $3,000. Isaac; his wife, Lizzie; and daughters Eva and Laura made it their home until the last family member passed away in 1954. Graffy obtained the photos of the home and the True daughters wearing their befeathered chapeaus from descendants of the family.

In 1956, the home was bought by Oliver C. Bedford and his wife, Constance, who moved the home from its original location at 1531 Bath Street and turned it to face Arrellaga Street. His son and daughter-in-law Robert and Carol E. Bedford are the current owners of the home, which now contains four rental units.

A sandstone wall is still in its original location along the sidewalk on Bath Street. Graffy remarked that walls like these are an easy indicator to show where an old house once stood. Happily, this house still stands in what is now considered downtown — or nearly downtown — Santa Barbara. Passersby can admire it sheathed in its original redwood shiplap siding, flaunting its distinctive elaborate trim.

Betsy J. Green is a Santa Barbara historian and author of Discovering the History of Your House and Your Neighborhood. Her website is betsyjgreen.com. 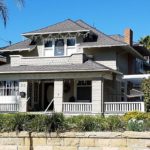