A Charming Adobe in the Mesa’s Utopia

This article was originally published in the Santa Barbara Independent.

Just 100 years ago, a group of Christian Socialists decided that the Mesa would be the perfect site for their Utopian commune. Headed by a minister named George Elmer Littlefield, the Fellowship Society purchased 87 acres on the northwest portion of the Mesa for their dream community in the fall of 1920. The commune lasted only a few years, but it left its mark on the street names in this area: Fellowship Road, Fellowship Lane, and Fellowship Circle. Westwood Drive is named for Littlefield’s hometown. Red Rose Way and Red Rose Lane are named for Littlefield’s publishing company – Red Rose Press.

Charles Christian has lived in this one-story two-bedroom home at 2127 Red Rose Way for 44 years. He bought it in 1976 for $34,000. The price was low, even for that time, says Charles because it was a “fixer,” and had been a rental that suffered from neglect. Over the decades, he has made many improvements – inside and out – in keeping with the adobe’s original character to create a charming home. He showed me an old photo of the home before it had a front porch or garden wall.

Why did he buy an adobe? Charles said he did not realize his home was adobe until after he moved in and started renovations. When he removed some drywall, he discovered adobe bricks lined with pages of newspapers dated 1923. So then, he knew he had an adobe built in 1923. (This is something to look for when you or your contractors are making changes to your home. Be on the lookout for clues such as old newspapers or documents hidden in the walls.) Charles says he believes that the adobe was dug from the property because the home has a full basement. Another possible source of adobe bricks at this time was the original Lobero Theater that was being dismantled, and the adobe was offered for other construction projects.

The first building to appear on the commune’s property was Ye Fellowship Inn on Cliff Drive. It was a two-story building containing the society’s library, community kitchen and laundry, a co-operative store, and an arts and crafts department. It is still standing, and is now a home surrounded by newer homes. The plan was for families to grow their own fruits and vegetables, and share and share alike.

“The whole tract is to be a place of beauty. The winding roads – treelined – with several small parks . . . all the homes are to be designed to harmonize with this setting . . . the design of every building shall be approved by the Beautiful Homes committee under the guidance of the landscape architect . . . Most of those who are at present planning to build have adopted a semi-fireproof construction of cement, adobe or rock, with vine-shaded roof gardens and Spanish ramadas,” according to the Santa Barbara Morning Press, on May 4, 1921.

All the commune’s homes were built on Red Rose Way. The first owners of the 2127 Red Rose Way home were John J. Hoffman and his wife Emma M. who were originally from Switzerland. Settlement in the commune proceeded slowly. By 1927, there were only six other homes on this street. Nothing was built on the other streets yet. 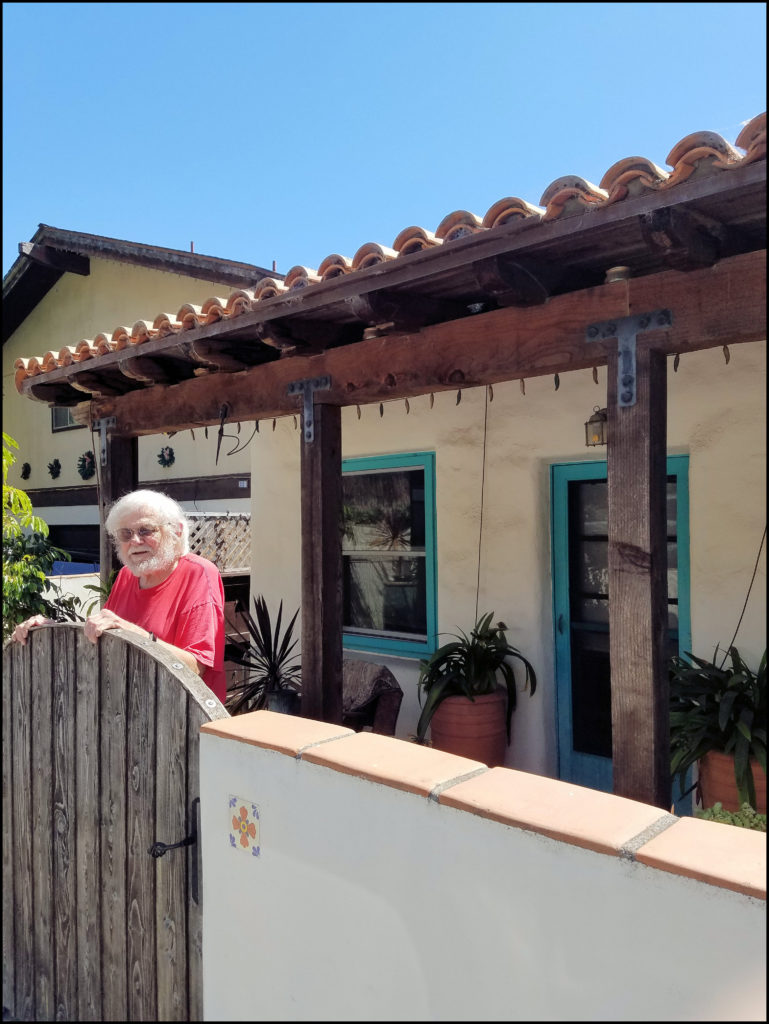 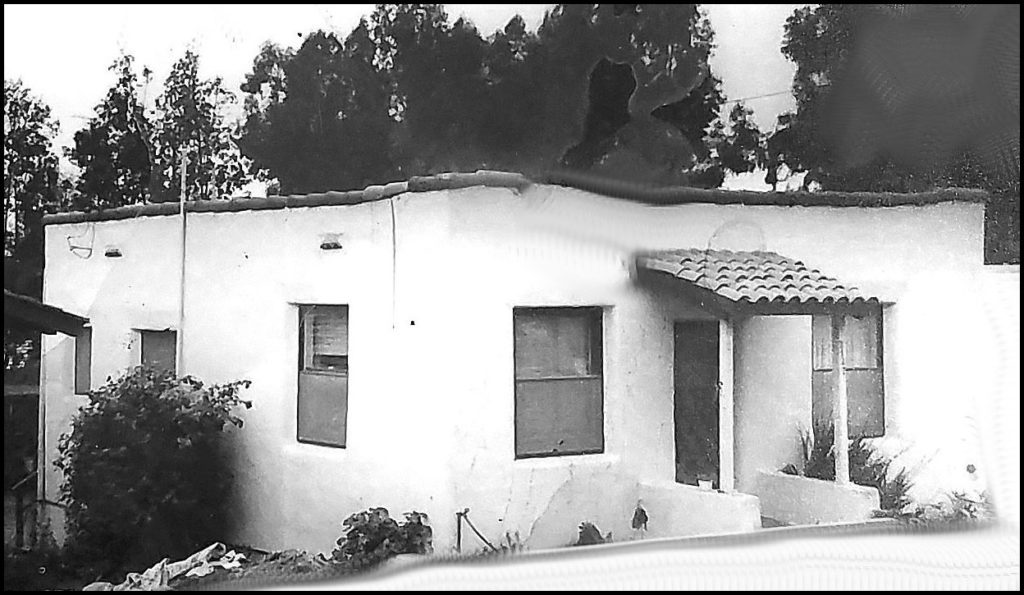 In 1924, soon after this home was built, oil was discovered on nearby Flora Vista Drive, and practically overnight, the face of the Mesa changed — and so did the attitudes of the commune members. That same year, the California Superior Court formally dissolved the Santa Barbara Fellowship Colony at their request. The Morning Press concluded, “The quest for gold brought about the downfall of the commune. The land adjoins that from which millions are hoped to be realized by oil promoters and shortly before the first well was spudded in, the members of the colony . . . asked for dissolution.”

Please do not disturb the residents of 2127 Red Rose Way. 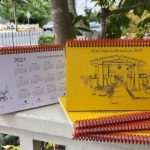