A Home Among the Churches

A Home Among the Churches

There’s a church across the street, one around the corner, and another one just down the street. It’s therefore not surprising that the history of the house at 1626 Santa Barbara Street reflects the history of the neighborhood. For 43 years, the home was used for meetings by the Unity Church, and 100 years ago the house was the meeting site for a Spiritualist minister from Summerland.

The home was built in 1904 for $4,000. It was described in the local paper as two-story with eight rooms. The home is a harmonious blend of Craftsman and Colonial Revival styles. When the house was finished, the local paper commented, “The interior arrangement and conveniences of this house have been favorably commented upon by all who have seen it.”

The first owners were Charles T. Thayer and his wife, Florence. Thayer owned the Overland Stable at 110 East Carrillo Street. According to ads in the local paper, you could rent a saddle horse for half a day for $1.50, or $35 for a month. Thayer owned his own horses, of course, and kept them in a barn and corral behind the house. The Thayers may have been the family that planted the enormous Moreton Bay Fig tree in the front yard, which is said to be the second largest of its kind in Santa Barbara.

A Spiritualist Minister in the Home

From 1909 until 1918, the Thayers lived elsewhere and rented out the house. In 1918, I found three ads in the local paper for “Independent Spiritualist Rev. F.C. Williams will lecture and give messages” at the home. The phrase “give messages” meant communicating with deceased persons in the spirit world. Williams had previously practiced in Summerland. He was called “a master message bearer.” The current owners told me, however, that they have not noticed any signs of spirits in the home.

The home’s second owners (1918-1971) were John William Tudor and Charlotte Hubbard Tudor. They made the news when they arrived here, because they and their children had spent several months driving here from Boston, pulling a tent trailer and visiting numerous national parks along the way. John was a mining engineer and had been a member of the Rough Riders.

The Tudors’ granddaughter, Charlotte Tudor Alexander, shared some of the family’s photos and memories with me. As you can imagine, every family that was here for the severe earthquake in 1925 has stories. Charlotte told me that her mother was 3 years old when the quake hit and was thrown out of bed. The Tudors divorced in 1933, and Mrs. Tudor continued to live in the home until her death in 1968.

If you have photos or stories about a home where you used to live, I encourage you to share them with the current owners. Most homeowners would be thrilled to have such information.

The Church Moves In

From about 1971 until 2014, the home was owned by the nearby Unity Church, which used it for church activities. Among the activities were marriage ceremonies, some of which were held in the garden’s gazebo. The current owners told me that occasionally, a couple who was married there drops by to ask if they can visit the gazebo where they exchanged their vows.

Present owners Robert (Bob) Fulmer and his wife, Patsy, had driven past the house one day. Bob remarked, “I really like that house. The location would be perfect for us. Plus, the verandas and columns make it look like our Southern heritage.” When the house went on the market, they bought it and have spent several years converting the house back into a comfortable home. They enjoy taking their dog to the nearby parks and walking to restaurants and theaters — in pre-pandemic days. The Fulmer home was scheduled to be on the Pearl Chase Historic Homes Tour this year, but the event was postponed.

Some of the information for this house history came from research done by the Post-Hazeltine group. Although many sources of information remain closed, it is possible to search online archives for juicy tidbits. Try visiting the California Digital Newspaper Collection online and search for your address in the Morning Press.

Please do not disturb the residents of 1626 Santa Barbara Street. 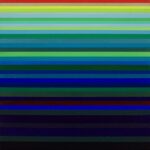 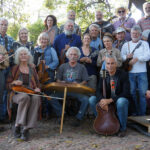