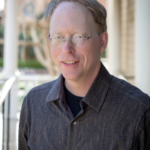 From the Grad Lounge

This corner-blog features short pieces by graduate students at the University of California, Santa Barbara. It is a venue where scholarship and the Santa Barbara landscape come together, offering points of view from Art and Architecture History students, most of whom see Santa Barbara with fresh eyes.

This occasional series is curated by Jeremy White, AFSB Board of Directors.

Like the earth, the bedrock of society is not as stable as we perceive it to be, and unforeseen events can lead to the raising of the structures we have built for ourselves, whether they are physical or social. There are fissures in our social system in the form of absent social services and safety nets.

On March 26, 2018 a baby stroller laden with the possessions of a homeless person could be seen on the sidewalk in front of the sculpture garden called Jardin de las Granadas in downtown Santa Barbara. This improvised assemblage of bags inserted itself into the reading of the public sculptures serving as its backdrop (figure 1). The series of four sculptures by Kym Cochran and Jonathan Smith, titled 1925 after the great earthquake that devastated Santa Barbara that year, are allegories of impermanence in the Southern California context of tectonic instability (figure 2). They are a “literal and figurative representation of architectural rise and fall.”[1] The work is divided into four sculpted boulders to be read chronologically from left to right. The boulder on the far left is whole but shows the beginning of a fissure near its center. The following scene shows a widened fissure breaking the boulder apart toward the concluding fourth sculpture where half of it lies on the ground, completely rent from the original whole by tectonic forces. One half now stands tall with the other recumbent at its base, an apt metaphor for how the fortunate often encounter the homeless in downtown Santa Barbara. In this way, 1925 reads also as an allegory of social fault lines.

Signs of homelessness would surprise no one who is at all familiar with downtown, especially near State Street. The homeless seem to be permanent fixtures in this urban landscape. Much like public art pieces, they make their homes in streets, nooks and parks. As such, the homeless often find themselves in a much more intimate dialogue with public art than typical viewers which pass by on their way to work or during a night out. In a sense, public art is homeless as well because it resides outside the walls of museums, galleries and other sequestered spaces.

Downtown is full of evidence of the intertwining existence of homeless art and public people. However, a social fault line appears when we examine how one can and cannot relate to public art. Outside Hotel Santa Barbara, red plaques read “please do not sit on planter” (figure 3). Benches, a functional kind of public art, are removed when business owners complain that they attract panhandlers and repel customers.[2] Anti-homeless bench bars which prevent users from comfortably reclining can be seen outside Pacific Western Bank are evidence of the common understanding that the homeless and public art will comingle if one does not preempt them (figure 4). Even 1925 has been designed to discourage interactions such as climbing, which go beyond visual contemplation, while signs assure visitors to the garden that they are being surveilled via CCTV camera.[3] In short, this social fault line appears in public art pieces themselves: they are to be enjoyed temporarily and at a distance, not woven into the intimate lives of those who spend their days on the streets.

While public art is often designed regulate the ways people interact with it, it cannot ultimately divorce itself from the public and publics from which it derives its classification. Truly public art cannot be composed of a body of objects isolated from social context. This fact was understood by the County Office of Arts and Culture whose Chief Curator during the installation of 1925 described public art as a means of “dialogue with the viewer” rather than “strictly placing objects on display.”[4] 1925 accomplished such a dialogue upon its unveiling. It was displayed in its full, multimedia form on March 2, 2017 during the local Art Walk when images of the devastation inflicted on Santa Barbara’s built environment by the 1925 earthquake, from which the work derives its name, were projected for the viewing public in Jardin de las Granadas.[5] The unveiling occurred in cooperation with public information campaigns for local disaster preparedness. The fire department, the Museum of Natural History, the Aware and Prepare Initiative and other organizations met engaged in dialogue with members of the public at the event.

Like the earth, the bedrock of society is not as stable as we perceive it to be, and unforeseen events can lead to the raising of the structures we have built for ourselves, whether they are physical or social. There are fissures in our social system in the form of absent social services and safety nets. Just as earthquakes render stable structures impermanent, fault lines in our social system allow those with once-stable livelihoods to live transient lives on the streets. The piece that slowly breaks off in the 1925 sculpture can represent the homeless portion of society. The final stage of 1925 is what one sees every day walking down State Street: a fractured and bifurcated social reality (figure 4). This in mind, I propose some alternate names for 1925.

Social fault lines leading to various forms of homelessness are at least as numerous as earthquakes. However, it is false to treat social fault lines as simply natural occurrences about which nothing can be done. 1925’s unveiling event demonstrated that we do not need to simply accept the inevitable: a city can educate itself about earthquakes, prepare for them, and respond creatively. After the 1925 earthquake, Santa Barbara architects and planners initiated a collective push toward a more resilient and stylistically unified urban landscape. It was at this time that the city’s ubiquitous mission-style has its roots. A great trauma led to a great reorganization. If locals can be brought to rally around the cause of disaster preparedness, perhaps the same can be true for the issue of homelessness. 1925 could be the site of another art walk event, perhaps involving PATH (People Assisting the Homeless) Santa Barbara, the local Housing Authority and other relevant speakers. Instead of projections of the 1925 earthquake, informative videos about local homelessness could be shown, or the local homeless could be given a platform to speak. Of course, a public art and education event about homelessness would be incomplete without the presence of the actual homeless. This idea might immediately raise red flags in the minds of those concerned about public safety and the liability such an inclusive event might entail. My response to these concerns is that they are evidence of yet another social fault line, one which we can responded to creatively or not.

Ben Jameson-Ellsmore grew up in the Central Valley of California where he played in the underground metal and alternative rock scenes. Later he studied philosophy and art history at CSU Stanislaus before serving as Assistant Curator of Architecture for the Modesto Art Museum. He arrived at UCSB in 2016 for the PhD. program in History of Art and Architecture and is currently beginning a dissertation on hackerspaces and makerspaces in contemporary American cities. 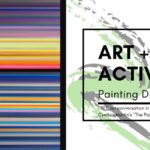 Hole In The Wall by Michael Long 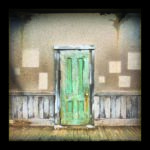