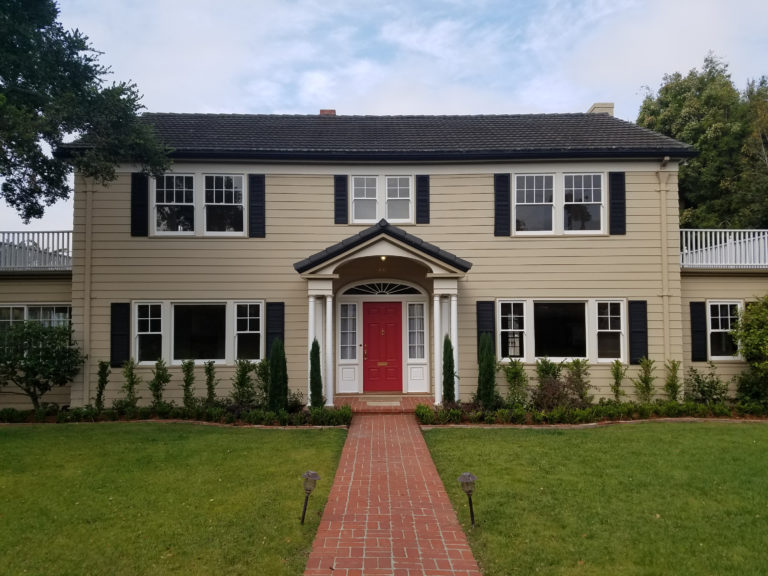 While the stately home at 2405 Santa Barbara Street has been owned by the Graffy family for more than 55 years, it was built about 1923 for Harvey T. and Hazel Nielson. Nielson was a three-term mayor of Santa Barbara who had roots in Michigan, which probably explains the home’s style. Colonial Revival homes are more common in the Midwest and east of the Mississippi. The home was designed by Floyd E. Brewster, who worked with George Washington Smith and Lutah Maria Riggs. While Smith and his associates are best known for Spanish Colonial Revival–style architecture, they all designed other styles as well.

Brewster was from upstate New York where he had worked as an architect before moving to California. His background on the East Coast may have been why the Nielsons asked him to design their home. The Graffys are proud possessors of the original blueprints. In addition to this home, Brewster worked on designs for the Santa Barbara Museum of Natural History, Casa del Herrero, and Santa Barbara Middle School.

The 1876 Centennial Exposition in Philadelphia triggered the Colonial Revival style. Styles common prior to this time, such as Greek Revival, Italianate, and Gothic Revival, had used European styles as a starting point. But as our country celebrated its century mark, architects began to look back at our own past for inspiration. Colonial Revival was the most popular type of domestic architecture in the United States from 1910 to 1930. Here in Santa Barbara, however, the style was eclipsed by Spanish Colonial Revival, especially after the 1925 earthquake.

The home at 2405 Santa Barbara Street is a picture-book example of a Colonial Revival: a symmetrical facade with windows framed by shutters. The front door is topped with an elliptical fanlight window and flanked by sidelight windows. Four slender columns support a prominent entry porch.

When you walk in the front door, the main staircase rises grandly in front of you. Erin Graffy, who grew up in the house, told me that this staircase had been off limits for her and her siblings when they were kids. She led me through the kitchen and showed me the maid’s stairs in the back, which were the only ones the kids were allowed to use. The only exception was one time a year, when the children could use the main stairs to come down on Christmas morning.

The maid’s room, in the back of the house on the second floor, has a nice view of the large backyard. The room is next to the laundry chute that was used to send laundry downstairs. According to Neal Graffy, who also spent his formative years here, the chute was occasionally used for other purposes!

Most of the floors are white or red oak, and there is a small brass plate in the center of the dining room floor. It formerly held a button that could be stepped on to discretely summon the maid. The maid’s room has a floor made of fir — a type of conifer with a straight grain that was commonly used in kitchens and porches. The closets are lined with fragrant cedar wood — a natural moth repellent. Cove molding tops the living and dining room ceilings. 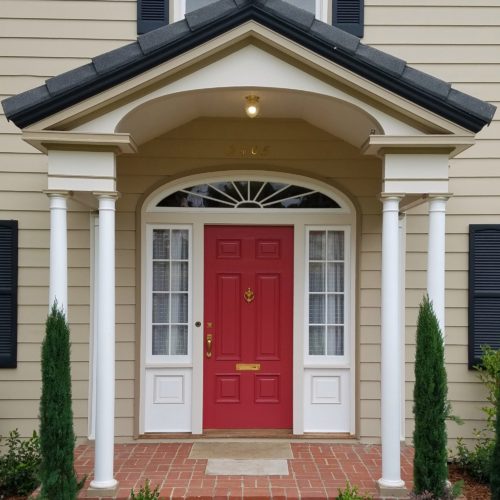 Dr. Edward J. Lamb and his wife, Louise, the second owners, bought the home in 1936. Lamb was the founder of the Santa Barbara Children’s Medical Clinic. He was also a member of the Rancheros Visitadores, and a large backyard barbecue was the gathering place for many of the group’s members, some of whom came on horseback.

The home’s next owners were attorneys Lawrence M. Parma and Elizabeth H. Parma. In 1963, Chuck and Jeanne Graffy bought the home and raised their family of five children. Chuck had been a test pilot and Jeanne played a prominent role in city and county government. Their children have fond memories of their years in this home on Santa Barbara’s Upper Eastside. 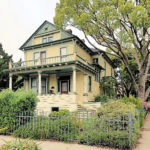 Victorian Home Under a Majestic Tree 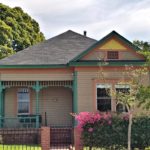