The Dark and Mysterious Past of the L.A Cecil Hotel

More cursed than haunted, downtown L.A.’s Hotel Cecil (604 Main St) got such a bad rap that it actually changed its name to Stay on Main. So many bad things have happened here—there’s literally an entire Wikipedia page dedicated to its violent history. The first recorded death by suicide is in 1931, followed by a long string of similar deaths in 1932, 1934, 1937, 1938, 1939, and 1940.

At some point in the ’30s, one man was pinned to the exterior wall by a truck. A woman murdered her newborn in the building in 1944, and the pattern of suicides continued into the ’60s. In 1962, a woman jumped from the ninth floor window and landed on a pedestrian, killing them both. It’s worth noting that two of the women who died by suicide apparently jumped while their husbands were asleep in the room.

In 1964, tenant Goldie Osgood was brutally murdered, a crime which has remained unsolved. Next, in the ’80s, the infamous serial kill Richard Ramirez (the “Night Stalker”) stayed at the hotel and in the 1990s, Austrian serial killer Jack Unterwege lived there. Other weird things kept happening but the weirdest is definitely the disappearance and death of 21-year-old traveler Elisa Lam.

A few weeks after Lam went missing, her body was discovered in the rooftop water tank after visitors and tenants complained about a funky taste. They later found odd footage of her in the elevator from the night of her disappearance. It’s difficult to make out what she’s doing; it looks like she’s either playing hide-and-seek with someone outside the elevator, or she’s frightened and attempting to hide from someone but the doors won’t seem to shut. Authorities ruled the death accidental drowning—but because you need a key to access the roof, many suspect foul play.

The 1987 U2 performance, with the hotel featured as a backdrop, was filmed and commercially released as a music video for the release of the band’s song “Where the Streets Have No Name”.

The hotel is also known as the inspiration for the Coen Brothers 1991 film, Barton Fink.

It was also the inspiration for American Horror Story season 5, “Hotel”.

It was the setting for the The NoSleep Podcast season 3 episode, “The Cecil Hotel”.

The hotel can be seen in the background of Blink 182’s video “The Rock Show”.

We’ve checked it out, and all survived.

Hole in the Wall 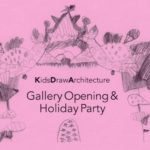