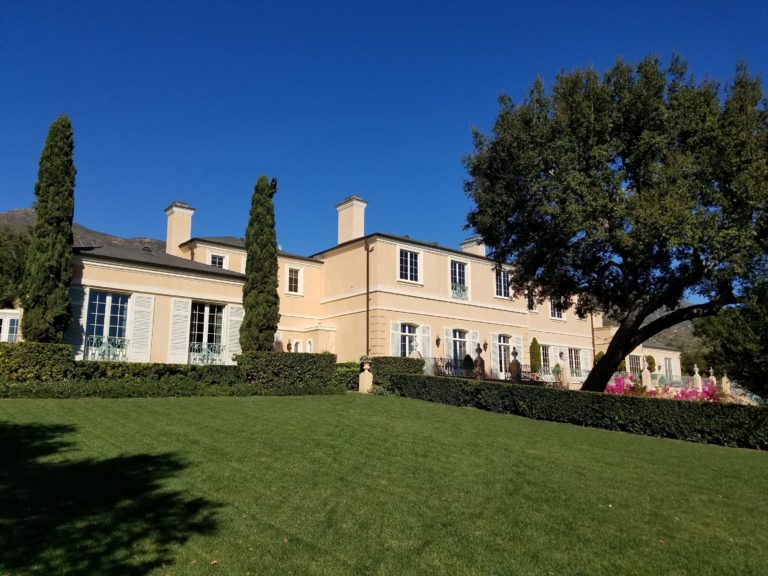 It was 1934 — the middle of the Great Depression — and the world’s economy was on its knees. Jobs were scarce, money was tight, and the building industry was cut to the bone. Santa Barbara architect Lutah Maria Riggs must have been very happy to land the assignment to design a French Regency villa in Montecito. Located at 818 Hot Springs Road, a short distance down the hill from Mountain Drive, the home was her only major project of that year.

The original address of the residence was 1028 Hot Springs Road, but it was changed to 818 Hot Springs in the 1950s. The practice of changing a house number or name is not uncommon and is a factor that house historians keep in mind when doing research. 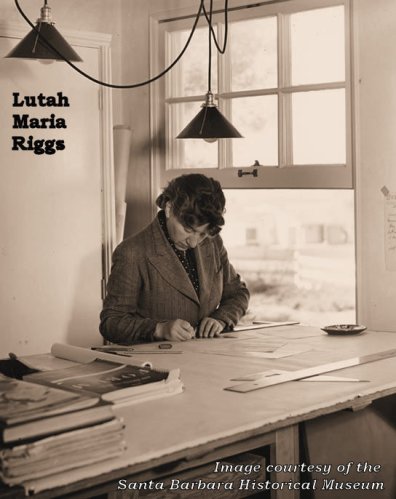 At just over two acres, the property that the home occupies was carved out of a larger estate. At the time, the home was known as Les Chênes, meaning “The Oaks” in French. The name does not seem to be in use currently.

According to an article about the home in Architectural Forum in July 1937, the oak trees on the property were instrumental in the positioning of the house: “The character of this house was set by the owner’s requirements and its layout by the character of the site. The owner wanted a modernized French design… A natural alley of live oaks determined the placement of the living room, and the strung-out plan was dictated by the contours and the view of the sea below.”

A writer for the Los Angeles Times described her visit to the home on June 21, 1939: “This is an enchanting French pavilion, a part of the French Riviera hidden away on Hot Springs Road in Montecito… There is so much that is wonderful. A two-mile view to the ocean — fireplaces in every room — marble floors throughout the house… Quite as lovely as the house are the many gardens of the estate. A formal French garden is laid out at clipped right-angles, while an adjoining camellia garden overflows informally into the patio where breakfast is served on summer mornings.” The home’s gardens are said to have been designed by Lockwood de Forest Jr. of Santa Barbara.

Dr. Volker M. Welter at the Department of History of Art & Architecture at UCSB is working on a book about Riggs. Welter visited the home and called it “one of the best houses Riggs designed in the early 1930s.” He added, “The floorplan of the originally one-story tall … home strings together a masterly sequence of a central, rectangular living room with an oval-shaped, most beautifully proportioned dining room and service spaces to one side, and an octagonal, wood-paneled library to the other side from where also to access three bedrooms.”

Welter also discovered a secret room in the home. He commented, “Riggs calls that ‘secret’ room a ‘radio room’ but from my study of the surviving drawings, I was not able to establish how one could access that room, other than squeezing an impossible thin person through a storage space inside the walls.” 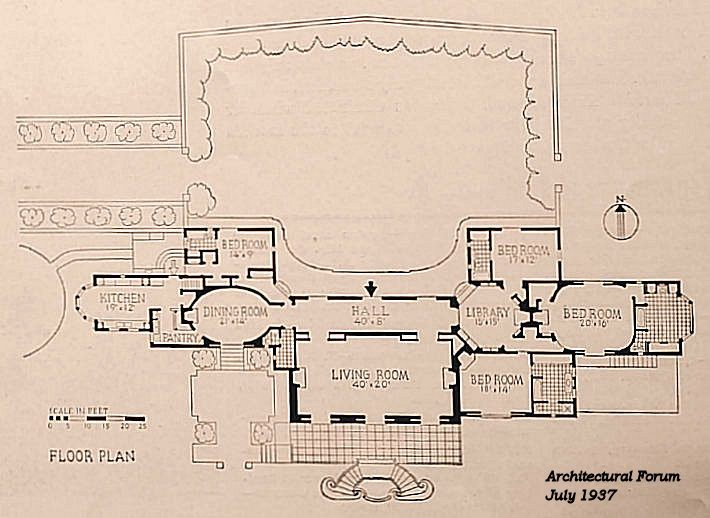 The home’s first owners — Allen Breed Walker and his wife, Katherine Frisbee Walker — had connections in show business. Walker was in the hotel industry, and the couple lived in La Quinta, near Palm Springs. The Walkers became close friends with actress Marie Dressler, a famous stage comedian who also worked in silent movies and sound films. She costarred with Charlie Chaplin in the 1914 film Tillie’s Punctured Romance.

In 1934, Dressler fell ill and spent the last months of her life in a cottage on a Montecito estate owned by CKG Billings. The Walkers stayed and took care of her there until she passed away. The following year, they built their home under the oaks.

818 Hot Springs Road was sold at auction on February 24, 2020. The escrow is still pending. The sales price will be disclosed within 30 days of close of escrow. For more information, visit conciergeauctions.com. Please do not disturb the current residents. 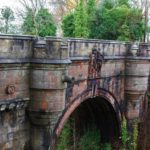