This world holds thousands of alluring places filled with mysteries that attract people from everywhere. But there are a few that are born to lure people to a sinister fate. Many believe it to be a curse, many think it’s bad luck but those places keep continue the destinies. And “The Dog Suicide Bridge of Scotland” is significantly one of them.

Near the village of Milton in Dumbarton, Scotland, there exists a bridge called the Overtoun Bridge that, for some reason, has been attracting suicidal dogs. That’s why this Gothic stone structure on the approach road to Overtoun House has infamously earned its name “The Dog Suicide Bridge.”

Lord Overtoun had inherited Overtoun House and the estate in 1891. He purchased the neighbouring Garshake estate to the west of his lands in 1892. To ease access to the Overtoun Mansion and the adjacent property, Lord Overtoun decided to build the Overtoun Bridge.

The bridge was designed by the renowned civil engineer and landscape architect H. E. Milner. It was constructed using rough-faced ashlar and was completed in June 1895.

To this day, more than six hundred dogs have jumped over the edge at the Overtoun Bridge, falling on the rocks 50 feet below to their deaths. To make things stranger, there are reports of dogs who survived the accidents, only to return to the bridge for a second attempt.

“The Scottish Society for the Prevention of Cruelty to Animals” had sent representatives to investigate the matter. But after getting on the bridge, one of them suddenly became willing to jump in there. They were totally baffled by the cause of the strange behaviour and they immediately had to close their investigation.

The canine psychologist Dr. David Sands examined the sight, smell and sound factors at the Suicide Bridge location. He concluded all these strange phenomena by saying that – although it was not a definitive answer – the potent odour from male mink urine was possibly luring dogs to their horrible deaths.

However, a local hunter, John Joyce, who has lived in the area for 50 years, had said “there is no mink around here. I can tell you that with absolute certainty.

A local behaviourist named Stan Rawlinson drew another possible cause behind the strange Suicide Bridge incidents. He said that dogs are colour blind and perceptual problems relating to this may cause them to accidentally run off the bridge.

From the beginning, the paranormal researchers from all around the world have been fascinated with the strange suicide phenomena of the Overtoun Bridge. According to them, the canine deaths have prompted claims of paranormal activity at the bridge site. Many even claim to witness ghosts or other supernatural beings within the bridge premises. 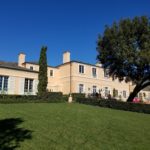 The Dark and Cryptic in Indiana 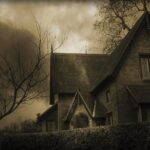