One of Indiana’s most outstanding examples of the Second Empire style, the Schenck Mansion is individually listed in the National Register of Historic Places. “The house on the hill” is located in the beautiful Ohio River town of Vevay. Built by Benjamin Franklin Schenck, son of a fabulously wealthy “hay king” of the steamboat era, this palatial mansion was the marvel of its time with its four storied tower, thirty-five rooms from basement to attic and five baths. This house was built in 1874 at a total cost of $67,000. Its four-story tower with a mansard roof measuring 74 feet tall, bay windows, high ceilings and spacious rooms are characteristic of the architecture of the time. The architect of record was George P. Humphries of Cincinnati. Amazingly, the original architect’s plans have remained with the mansion. 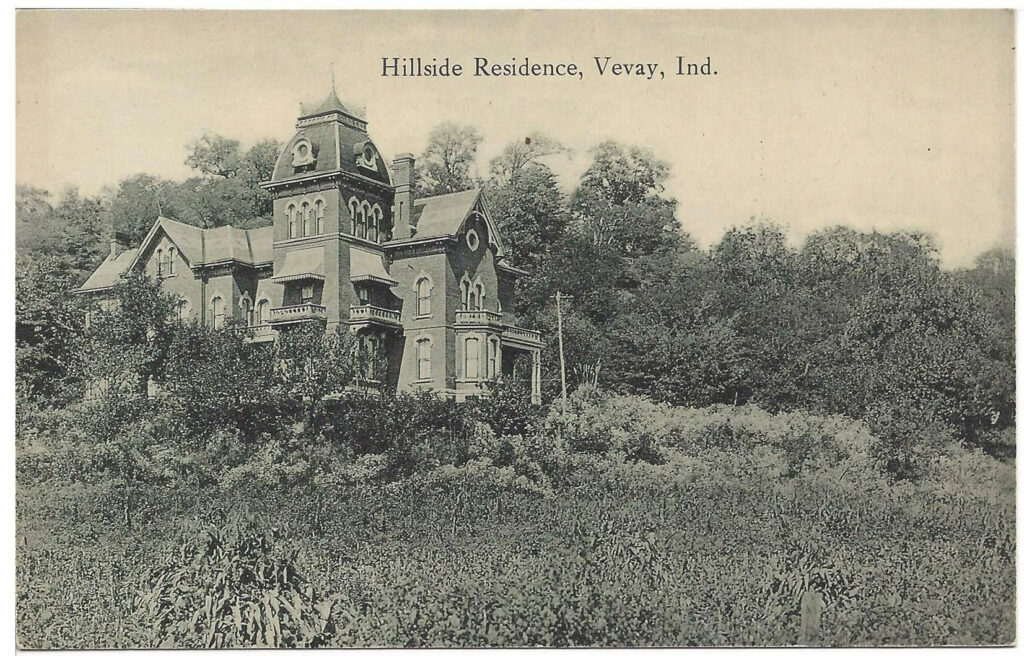 In November 1874, on account of failing health, he and his family spent the winter and spring in Florida. He was able to spend the next two summers in his newly finished mansion in Vevay, but returned to Jacksonville, Florida where he died in April of 1877 at the age of 42. Mr. Schenck died before his palatial home was finished. Mrs. Celestine Schenck lived in the mansion intermittently until her death in December 1885. A ghostly lady in white Victorian dress haunts the second floor. She is said to walk the hallways, taking no notice of anyone around her. Guests also have reported hearing voices, footsteps, and something moving in their rooms at night. 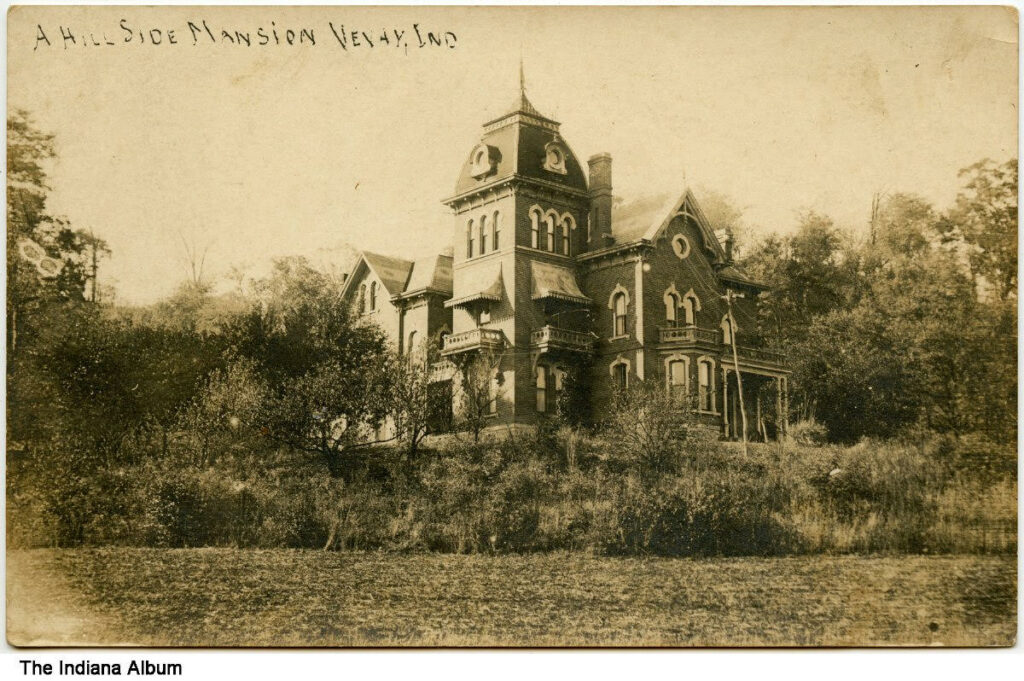 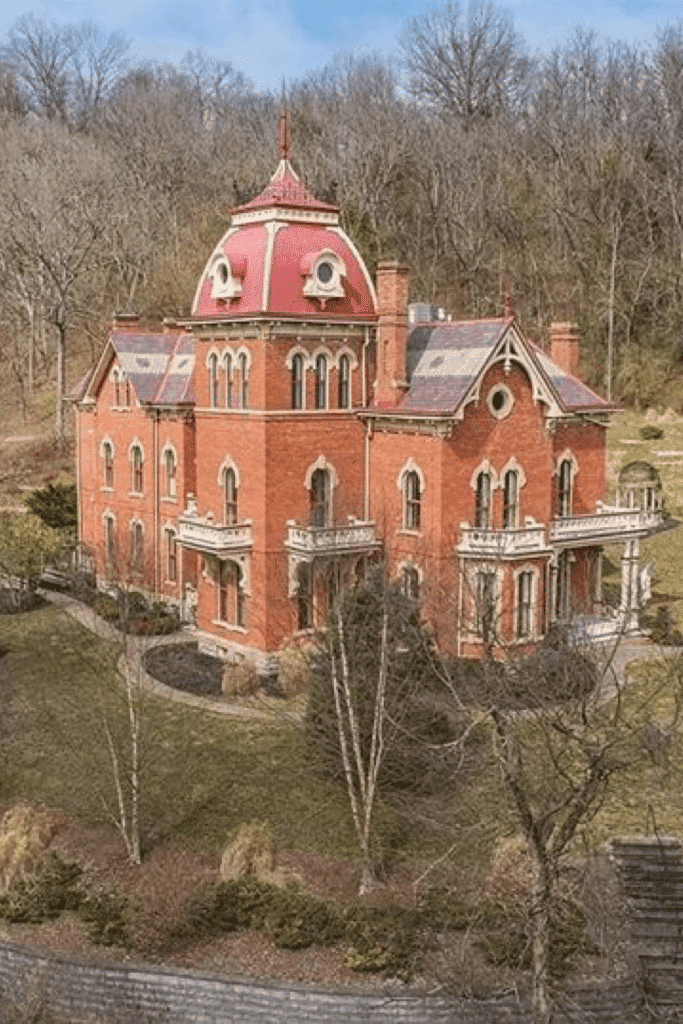 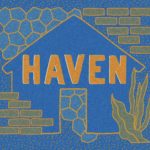 Lingering and Sentimental Spirits in The Merchant House 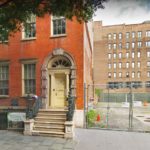