INSIDE is an exhibition at the Architectural Foundation of Santa Barbara of compelling, black and white photographs documenting Australian prison facilities that have surpassed their use-by dates.  The Opening Reception with the artist will be held on Friday, May 18 from 5 – 7 pm. All are welcome.

Empty prisons are eerie places where the walls do speak. Etched into the stones is the passing of successive generations of inmates.  Photographer Brett Leigh Dicks demonstrates that every prison has its own history, character, and stories to tell and so too does every cell. But old prisons are not just a reminder of the past, they can also help guide the future.

Brett Leigh Dicks was born in Sydney, Australia and currently resides in Santa Barbara, California. Through fine black and white photography, he investigates the landscape and the tenuous ties it shares with human history. His work has been exhibited in Australia, Europe, and the United States and hung beside photographers as diverse as Ansel Adams, Jeff Bridges, Max Dupain, Lewis Morley, Yoko Ono and Hiroshi Sugimoto.  He is currently a finalist in the 2018 Sony World Photography Awards.

A Conversation about Creativity and Viscosity Printmaking
with Rosemarie Gebhart, Michael McCabe, and Tony Askew

The Architectural Foundation of Santa Barbara is pleased to present three noted printmakers who delight in viscosity printmaking as they share their personal experiences and knowledge of the technique.  You will discover how each came to embrace this unique type of contemporary printmaking and how their stories are intertwined! 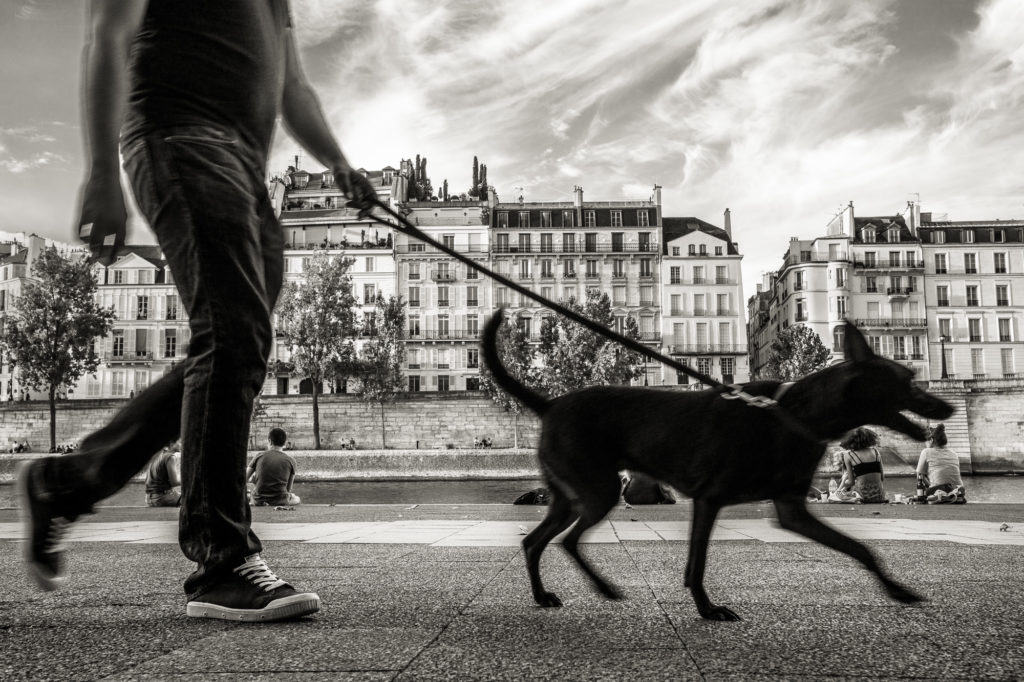 The Architectural Foundation of Santa Barbara is pleased to present a pop-up show from a Brooks Institute alumnus. Chris Broughton went on to become an educator bringing with him pieces of the Brooks’ legacy to be passed on in his own classrooms. Christopher’s photographic series, “Les Rues de Paris”, features images taken while a faculty member in the Brooks’ Paris summer study-abroad program. Read below his artist statement:

A constant watchman looking past what is seen but anticipating what is about to be revealed.  The work cogitates the mise en scène of the street juxtaposed with the unscripted narratives of humanity.  Charles Nègre was the first to bring the camera to the streets, specifically Paris France in 1851.  Following within the pure roots of tradition and unnoticed observations, Les rues de Paris focuses on the multitudes of independent humanistic narratives interacting within layers of time. The camera’s invasive and subjective nature begins within the frame and its ability to include or exclude. Its subjectivity ends there.  Human interactions individually spontaneous and overlaid with time, allow true visual metaphors to be observed ever so briefly.

The images on display were selected from an exhibit containing 88 images.  The complete collection can be viewed at:  https://www.christopherbroughton.com/les-rues-de-paris/ 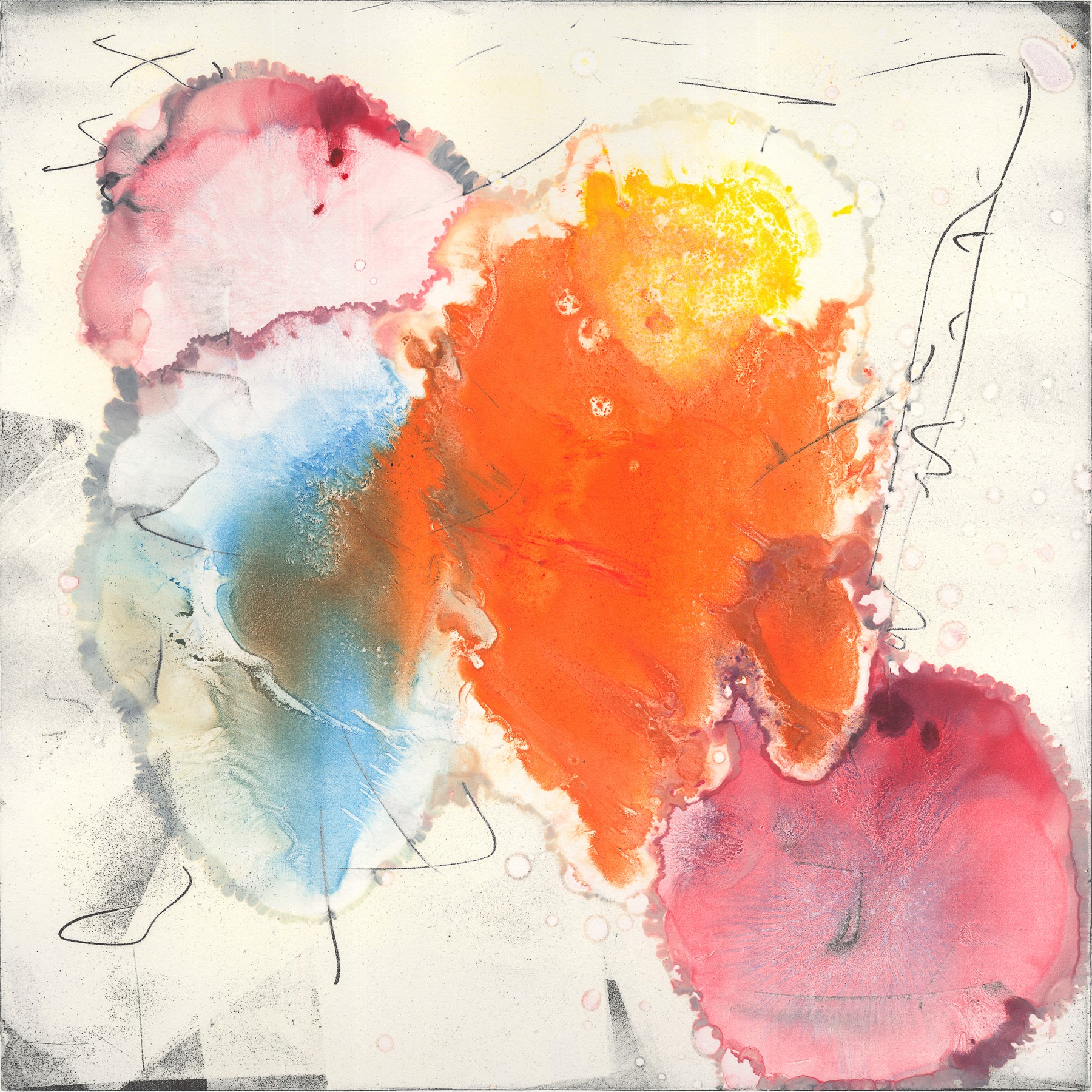 “Unseen and Unheard: Accidental Musings” evolves from Gebhart’s background in science and art history.  Her organic compositions resonate with sumptuous textures and images, meandering line formations and color transparencies.  Each work on paper is a unique, one-of-a-kind viscosity monotype—a printmaking technique that lends itself to the creation of luminous effects, chaos, and turbulence. Over the last decade, the topography of the Southwest influenced her horizons, undulating lines and explosions of color.

Educated first in the health professions, Gebhart then went on to learn art history and printmaking.  After attending Immaculate Heart College, she earned a BA in Art History at the California State University in Los Angeles, followed by art classes in Santa Barbara and workshops in traditional etching techniques at Crown Point Press in San Francisco.  She makes annual visits to Santa Fe to develop her skills in printmaking and is a Docent at the Santa Barbara Museum of Art. 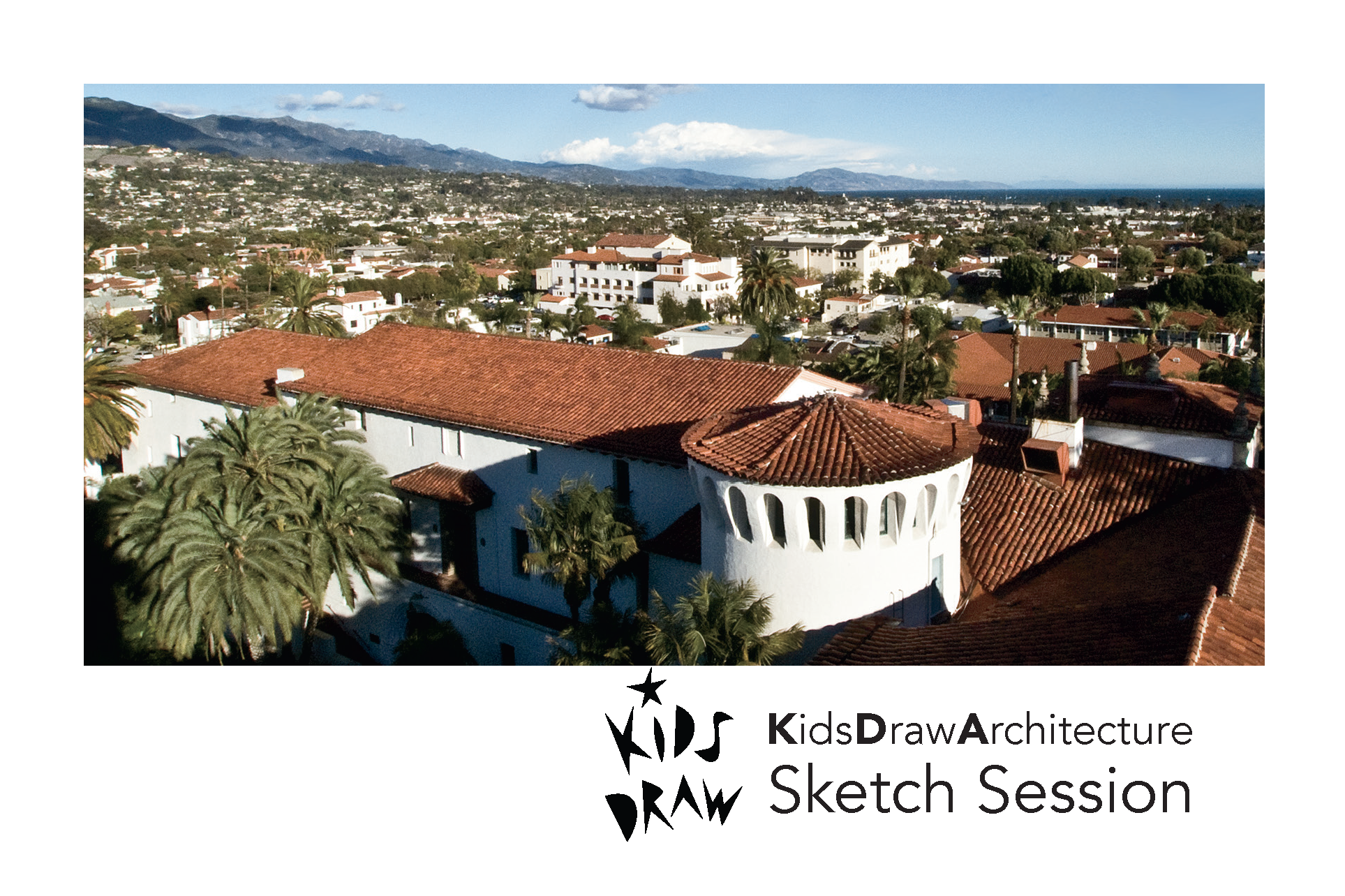 Join us for the second Kids Draw Architecture Sketch Session of the year at the Santa Barbara County Courthouse!

Sessions are FREE and drawing materials will be provided.

Local architects, artists, designers, and volunteers will be on hand to offer guidance. We encourage all to come. Bring your children, your nieces, your nephews, your granddaughters, your grandsons and enjoy a beautiful Saturday afternoon outdoors. 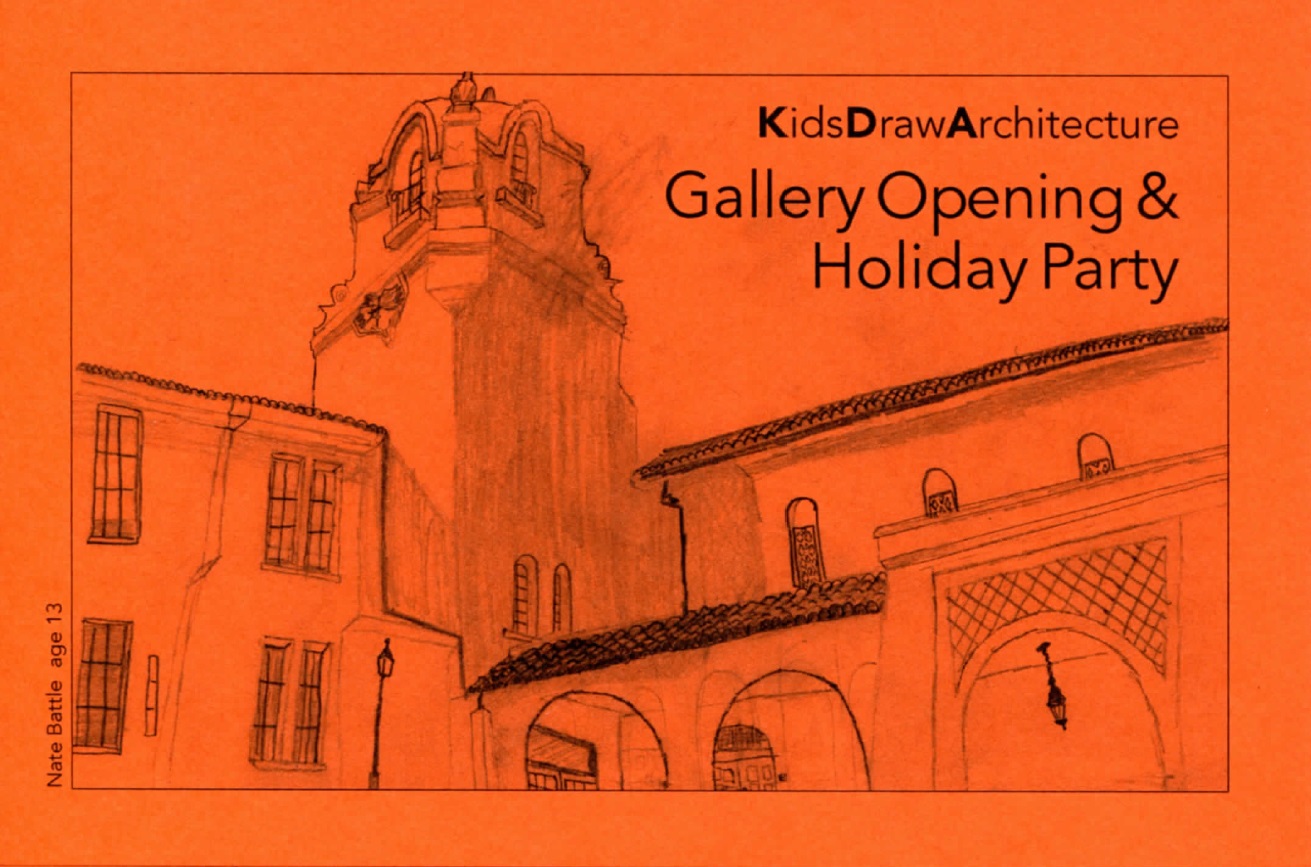 The Architectural Foundation of Santa Barbara is pleased to present you the annual Kids Draw Architecture Gallery Opening & Holiday Party.

The exhibition will feature a collection of drawings from KDA’s 2017 program showcasing a representative cross-section of illustrations from all age groups and drawing abilities.

The AFSB Gallery is located in the historic Acheson House at the corner of Garden and East Victoria Streets in Santa Barbara. Regular gallery hours are Saturdays from 1:00 to 4:00 pm and by appointment (please contact the Executive Director at 805-965-6307). 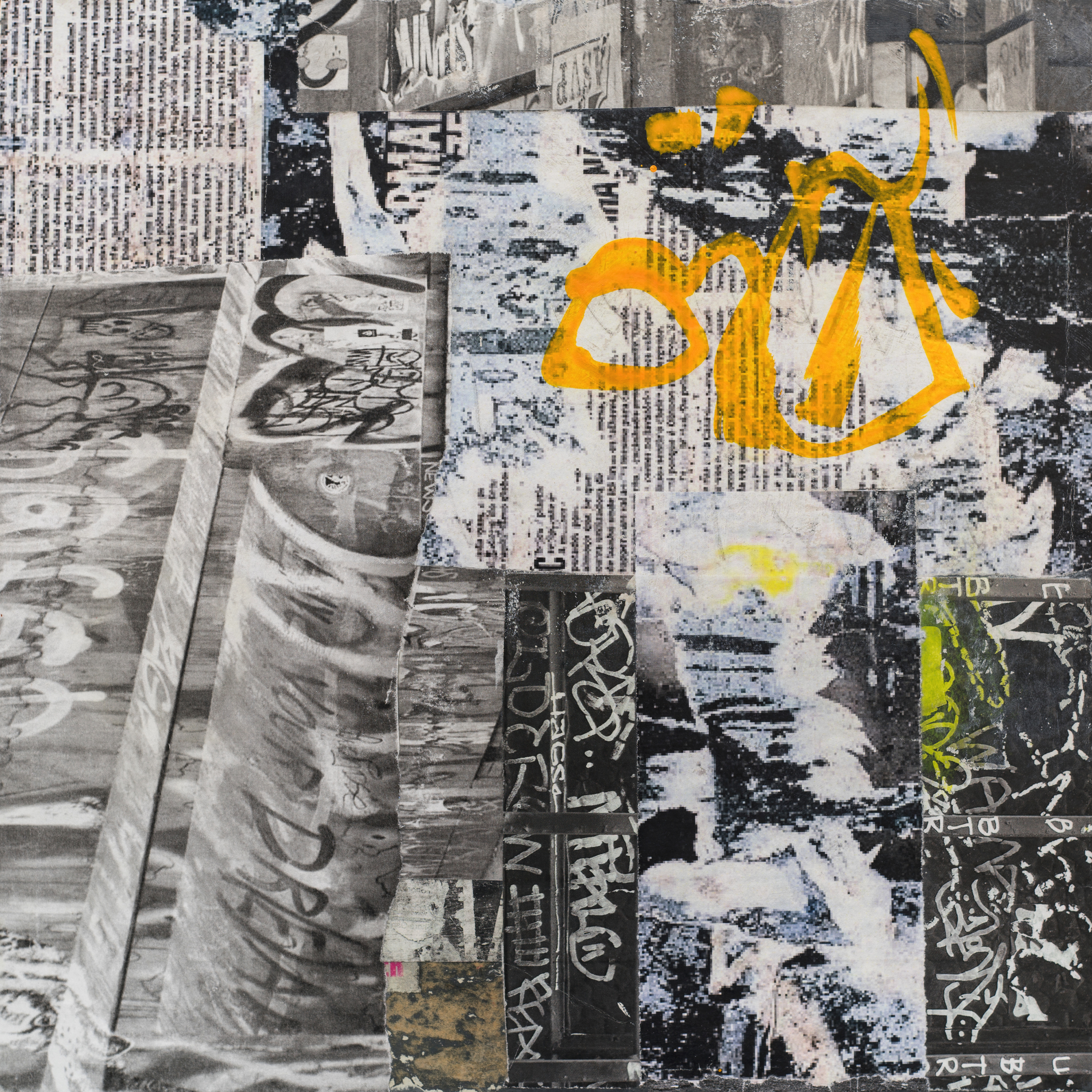 Industrial Strength connotes “extremely powerful, intense, durable, more concentrated than the standard brand.” In Garrett’s recent work, protests and prayers are woven into multiple layers of hand-painted papers. They also include stenciling, reduction techniques, and torn images from her archive, 30 years in the making, of street photography focused on chaotic urban environments. Demolished walls, raw graffiti, and gritty patterns all make their way into Industrial Strength.

A professional artist for 25 years, Garrett has a degree in Sociology from Eastern University in St Davids, PA. She has traveled and studied art across the country: oil and cold wax techniques in Wisconsin and Ghost Ranch, NM; encaustics and monotype printing in Santa Fe, NM; and painting at The Art Institute of Chicago, thanks to a merit scholarship. Garrett is represented by galleries in Vail and Santa Barbara and has collectors across the country. She paints full-time and teaches workshops in Santa Barbara, CA. For more information please visit www.mgarrettstudio.com.

The AFSB Gallery is located in the historic Acheson House at the corner of Garden and East Victoria Streets in Santa Barbara. Regular gallery hours are Saturdays from 1:00 to 4:00 pm and by appointment (please contact the Executive Director at 805-965-6307). 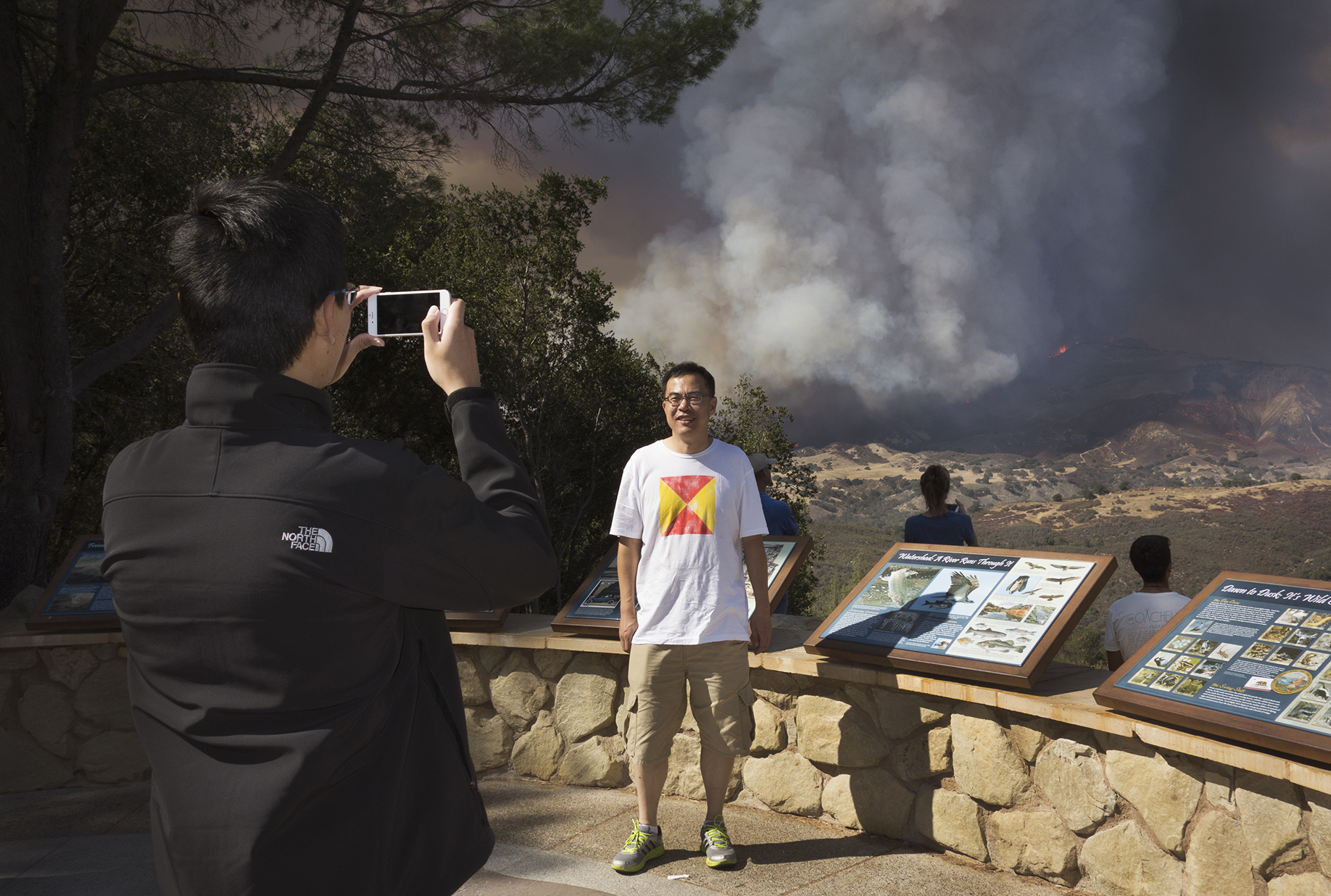 The Architectural Foundation of Santa Barbara is pleased to present Observed / Observer: Photographs by Matthew Straka. The opening reception will take place on Friday, August 18th from 5 to 7pm. Admission is free. All are welcome.

The AFSB Gallery is located in the historic Acheson House at the corner of Garden and East Victoria Streets in Santa Barbara. Regular gallery hours are Saturdays from 1:00 to 4:00 p.m. and by appointment (please contact Amy Collins at 805-965-6307).