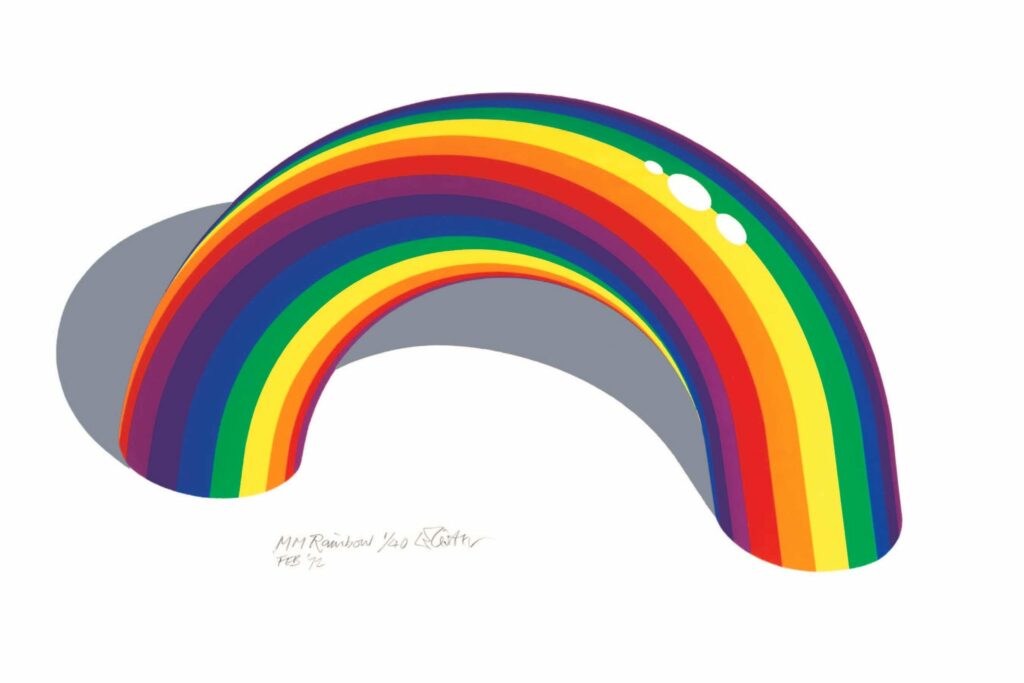 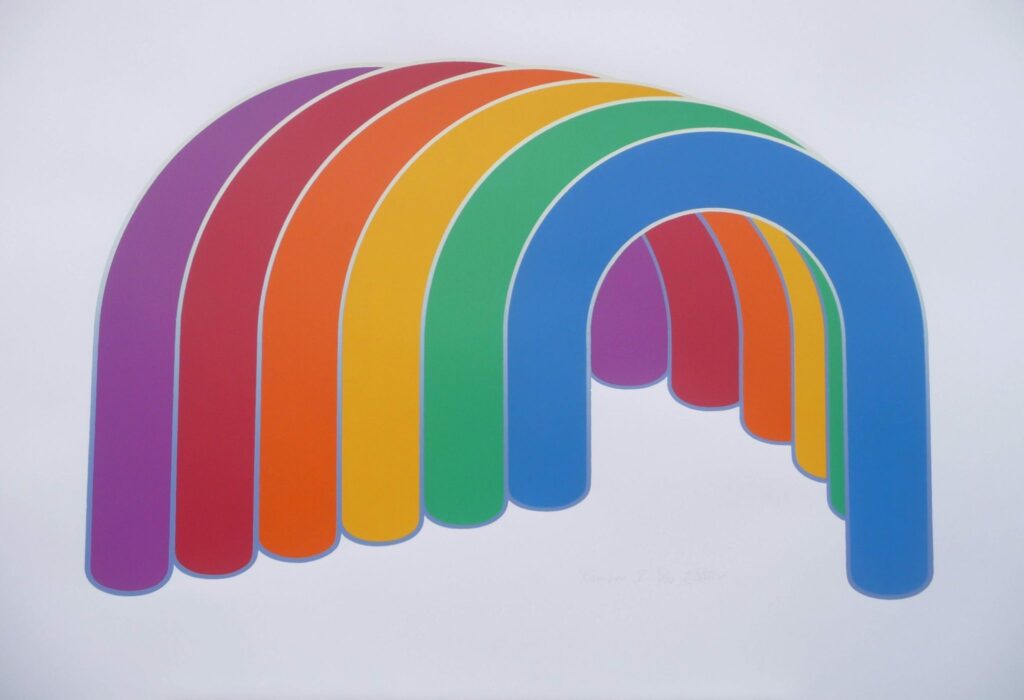 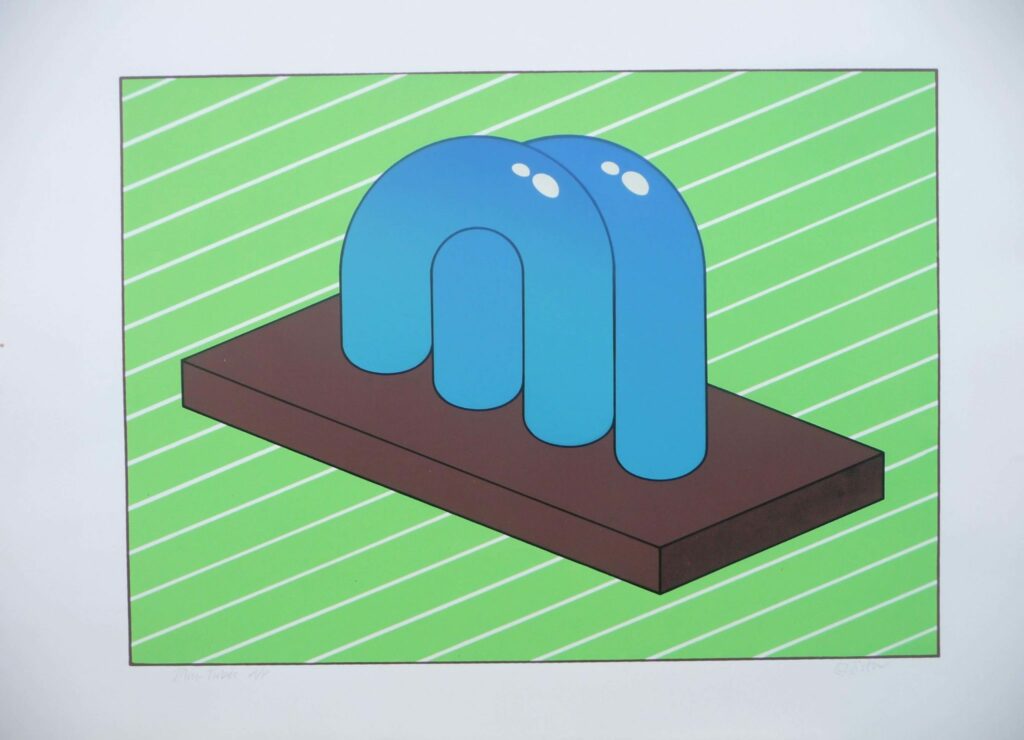 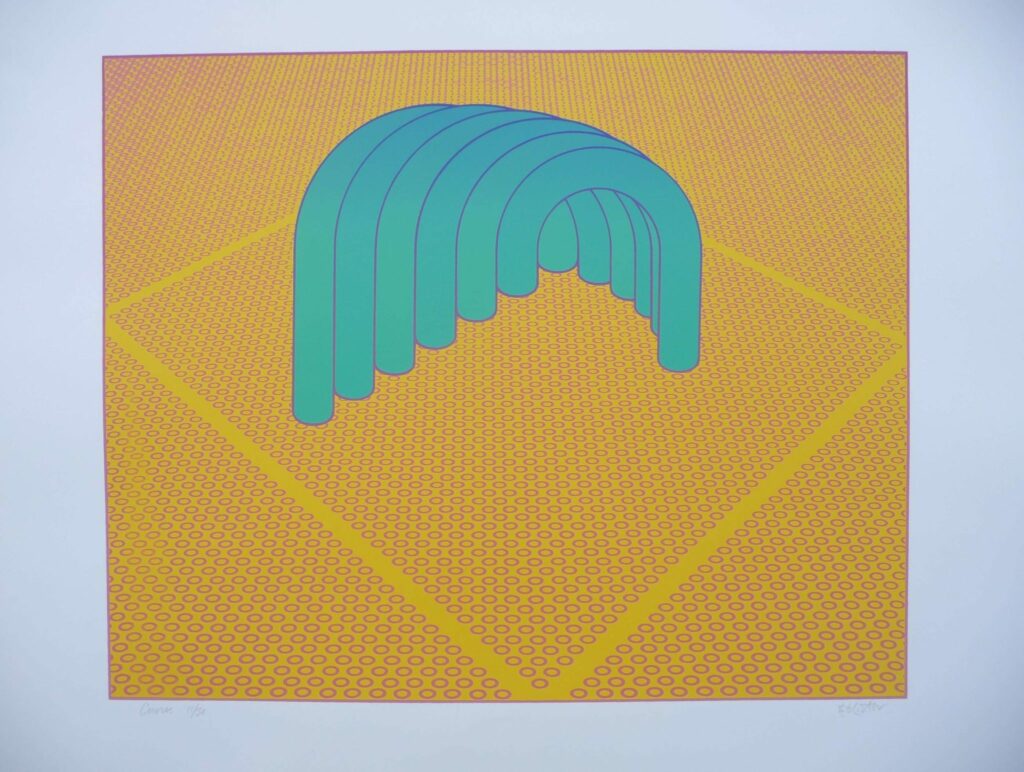 The AFSB Art Gallery at the Architectural Foundation of Santa Barbara is pleased to announce the opening of Impossible Objects, an exhibition of vibrant, abstract silkscreen prints, or serigraphs, by Ed Lister.

Ed Lister, known in Los Angeles and Santa Barbara as a skilled scenic artist, created this series of “impossible objects” in the early 1970s while teaching printmaking at the Chelsea School of Art in London.  After teaching art for twelve years, Lister moved to California.  Starting in the mid-70s he worked for ten years as the lead scenic artist for the Center Theatre Group at the Taper and Ahmanson Theaters in Los Angeles. Subsequently, he painted backdrops and installations as wide as 400 feet for TV, movies, and destination resorts, hotels, and casinos.

More recently Lister was commissioned to paint a 60 feet-wide mural encircling the Bisno Schall Clock Gallery of the Santa Barbara Courthouse that depicts our perception of time and various ways of recording it (http://www.bisnoschallgallery.com).  Although he loved working on such a large scale, Lister now paints more modest-sized images concerned with iridescent and reflective seascapes and skies.

Created fifty years ago, these striking, hand-pulled prints play with our contemporary sensibilities and logical brains in their resemblances to imaginative digital images. Of all the printing techniques, Lister most relished executing screened images with areas of pure color put down in a clean and direct manner.  In this series, he created improbable, mind-bending objects that cannot exist other than on a flat surface.  Intrigued by their bold colors and shapes, our eyes are lured in, then our assumptions of reality are challenged.

The Architectural Foundation of Santa Barbara has been dedicated to expanding our community’s appreciation of the built environment since 1983. The AFSB Gallery is located in the historic Acheson House at the corner of Garden and East Victoria Streets in Santa Barbara. Regular gallery hours are Saturdays from 1:00 to 4:00 pm and weekdays by appointment. 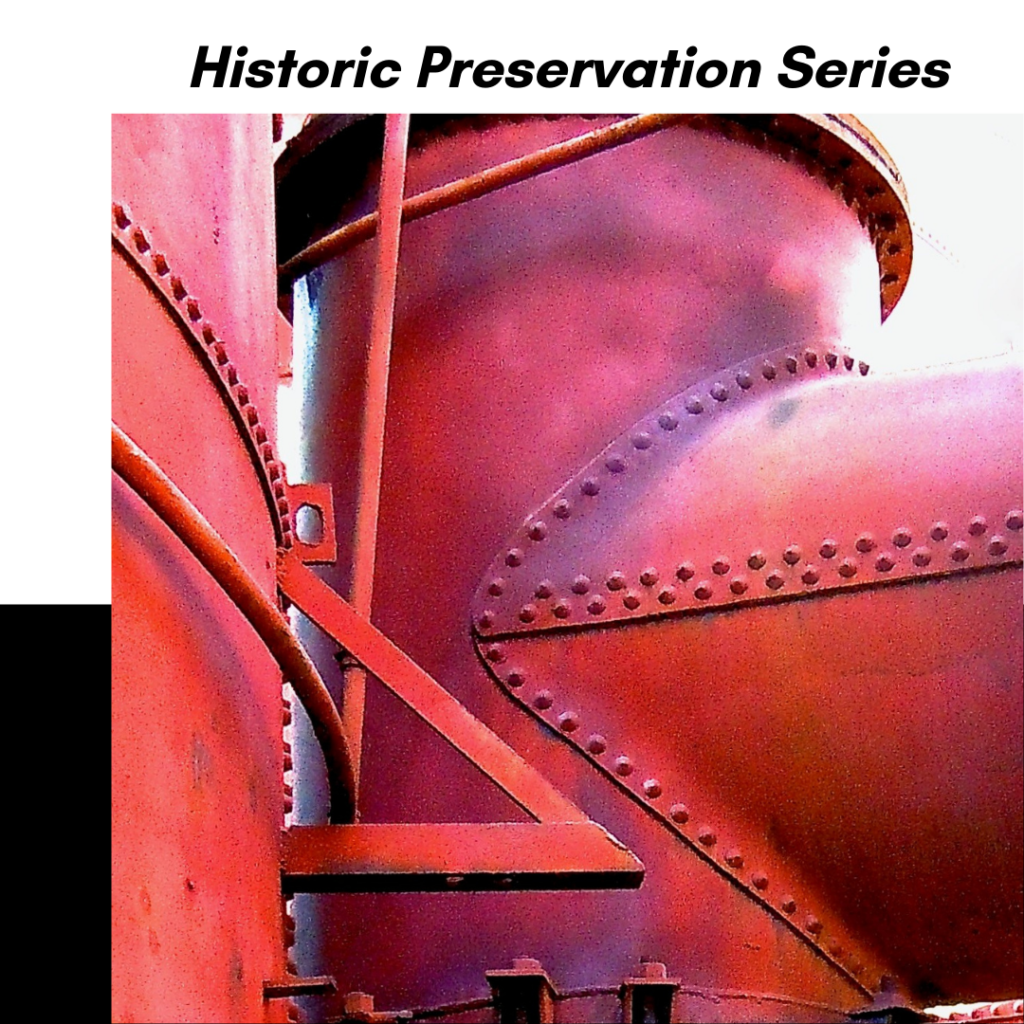 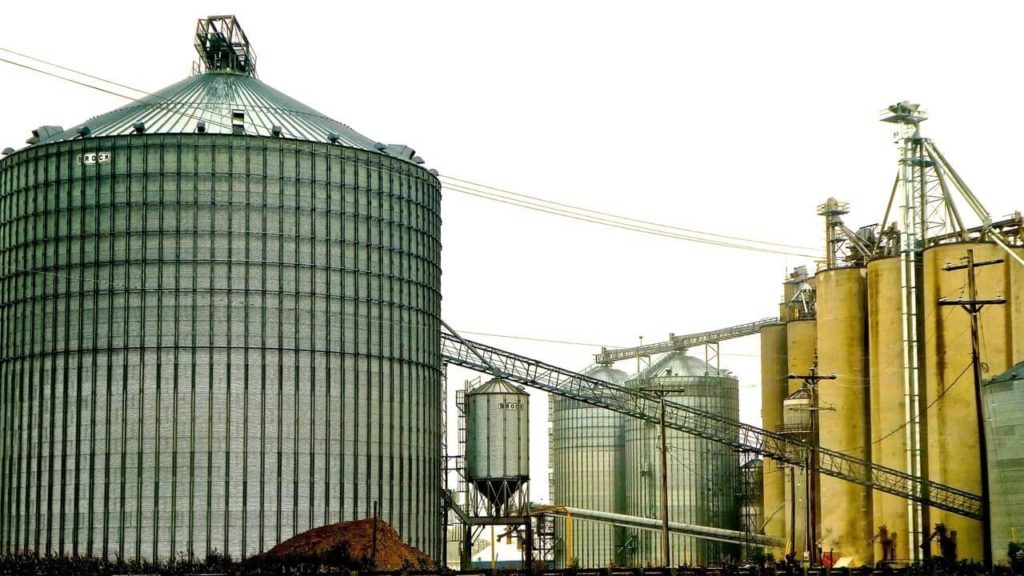 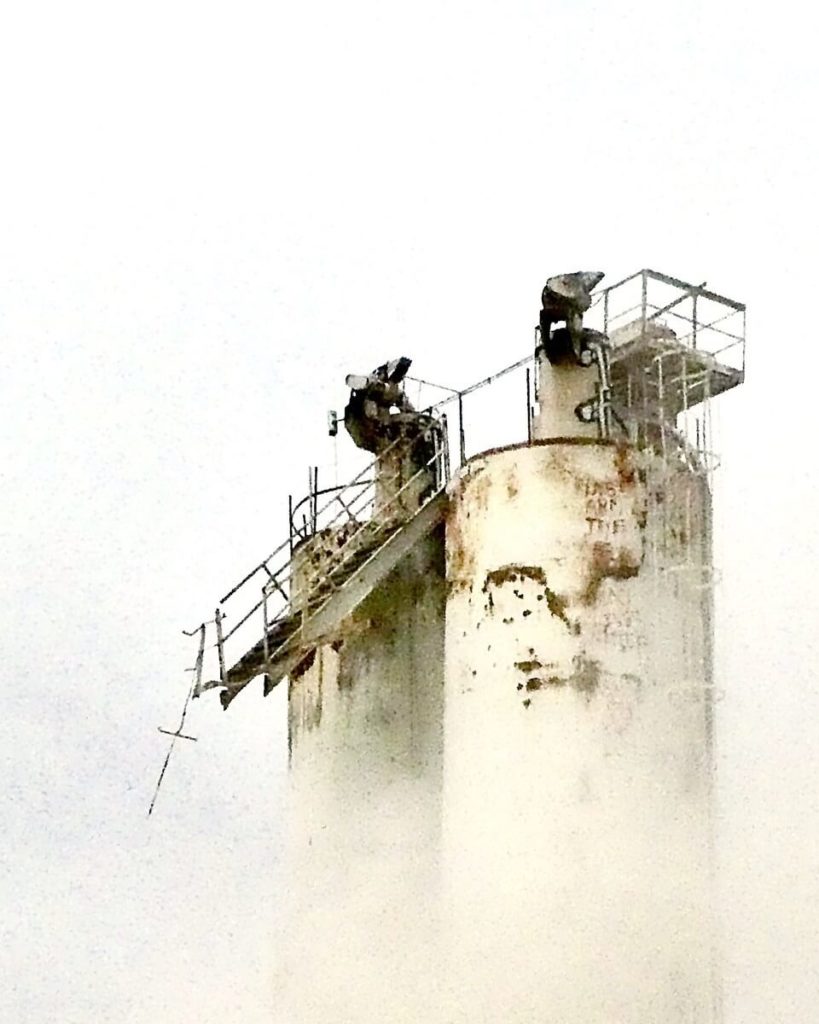 Into Nothing is a momentary foray into the darker side. The darker side is to be understood not as something necessarily evil for its own sake, but ‘the’ something as an obverse of light.  In the truest sense of the nature of humans and nature itself, one cannot have light without the dark, positive without its negative aspects.  The potential in fire as the ultimate destructive force hides within it its polar opposite – that of the regenerative potential of what is left behind.  In creating a void, fire nonetheless immediately fills the space upon which it acted.  As Gaston Bachelard observed, “It shines in Paradise. It burns in Hell.” Fire is therefore ‘the’ conflicting force about which, to this day, we know very little. It is both good and evil.  Pazderka negotiates the subject of fire via depictions of local wildfire smoke, clouds and portraits of in/famous philosophers, artists and cabin dwellers, painted and drawn into burned wooden substrates treated with ashes and charcoal.  Ghostly images emerge, subtle and soft, yet quietly disturbing at the same time.

Tom Pazderka is an interdisciplinary installation artist, painter, sculptor, teacher and writer. He holds an MFA from the University of California Santa Barbara where he was a Regents Fellow and is currently the Artist in Residence for the 2016/2017 academic year. He is a lecturer of art at Allan Hancock College in Santa Maria, CA. Half Czech and half American, the son of working class immigrants, he moved to the US at the age of 12 shortly after the collapse of the Eastern Bloc. His works have been exhibited at UCSB’s AD&A Museum, Asheville Art Museum and Cameron Art Museum in NC, Parasol Projects, NYC, Trafo Gallery in Prague, and Pink Dog Creative and the Push Gallery in Asheville, NC.  The recipient of numerous awards including the Howard Fenton Award for Painting, residencies, his works have been reviewed and profiled in many publications including New American Paintings and Daily Serving.